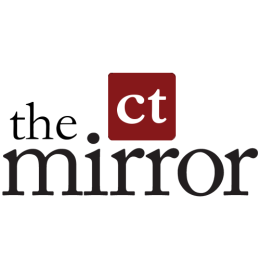 Congressman Joe Courtney and other lawmakers in Connecticut and across New England are working to get federal relief for home energy costs.

Anticipating high heating costs this winter, lawmakers in Connecticut and across New England are urgently seeking funding at the federal level to help those who need relief the most, but it is uncertain if their request to get that money into Congress’ short-term bill to fund the government will happen over the next few weeks or get punted until the end of the year.

Nineteen members in New England’s House delegation, which include three from Connecticut, are pressing congressional appropriators tasked with funding government agencies to specifically address the Low-Income Home Energy Assistance Program, also known as LIHEAP. They want emergency supplemental funding for the program added to a continuing resolution that’ll keep the government’s lights on at existing levels at least for the next few months.

But negotiations are still in flux about what exactly will be included and the timing of the continuing resolution, though it is likely to run until December. Congress will then need to try to pass the annual omnibus appropriations package for fiscal year 2023.

LIHEAP, which provides relief to help families and households cover parts of their heating and cooling expenses, funds the Connecticut Energy Assistance Program through its block grant. The state’s application period opened on Sept. 1 to assist families for the upcoming winter season.

Households are eligible if they have an income at or below 60% of the state median income. For a family of four, that median income is around $76,400. Those who qualify can receive between $100 to $600 based on income, household size and if that household has a vulnerable member.

While they already proposed allocations to give the low-income energy program an even bigger boost for the upcoming fiscal year, lawmakers in the region want to see some of that funding even sooner. If the request is delayed for a few more months, the bump in federal dollars could potentially come in the midst of soaring prices for home heating when winter is fully in effect.

“At the rate of applications and the amount of money that’s there, in the simplest terms, we need more,” said Rep. Joe Courtney, D-Conn., who helped lead the effort in drafting a letter from the New England delegation to congressional appropriators. He said he would like to see a minimum of $1 billion included in the short-term funding bill.

Connecticut received nearly $160 million in LIHEAP funding through the federal pandemic relief package, the American Rescue Plan, which was set to phase out this month. Congress’ last appropriations bill provided $3.8 billion in total LIHEAP funding, with about $73 million of that going to Connecticut, according to Courtney.

Appropriations committees in both the House and Senate are proposing an uptick in home energy assistance funding for the upcoming fiscal year, with a total of $4 billion for the program.

Lawmakers in the region ultimately want to see at least some of that money sooner amid concerns about the spike in home heating and cooling prices that are prompted in part by energy shortages stemming from the pandemic and the ongoing Russian invasion in Ukraine. The U.S. Energy Information Administration is forecasting increased home energy costs, especially for those living in the Northeast.

For home heating oil costs in Connecticut, the average price for the week ending Sept. 6 was $4.82 a gallon.

But some leaders involved in negotiations want to address LIHEAP at a later date. Congress faces a major time crunch to get the short-term bill done before government funding runs out on Sept. 30 and prompts a shutdown.

Sen. Richard Shelby, R-Ala., who is vice chairman of the Appropriations Committee, said he does not want the continuing resolution to get bogged down and would rather see certain items addressed in the larger funding bill at the end of the year. It is possible the bill will already include some extra measures, such as additional aid for Ukraine, as well as a controversial push by Sen. Joe Manchin, D-W.V., to include permitting reforms on energy projects.

“Everybody wants to ride the train in the CR, and the cleaner it is, the best chance it passes,” Shelby said Thursday. “We have to see ultimately what else is in there, but you can’t put everything in a CR because you know we’ve got regular order.”

When asked specifically about LIHEAP in the short-term bill, Shelby said “we deal with that in the regular appropriations.” He noted that Sen. Susan Collins, R-Maine, who also sits on the Senate Appropriations Committee, has brought up the issue of that funding.

Courtney acknowledged the uncertainty of getting the low-income energy program in there sooner, though he pointed to the influence of House Appropriations Committee Chairwoman Rosa DeLauro, D-Conn., in crafting deals on government funding.

“It’s still up in the air, in terms of whether or not that horse – the CR – is going to be the one to carry this through,” Courtney said. “Rosa is obviously in the cockpit, which is a good thing because she understands this issue completely. She’s pushing very hard.”

DeLauro signaled an openness to including more funding for LIHEAP into the upcoming funding bill but was light on details about the appropriations process.

“We’re really not through with the discussions on the CR yet, but that’s in the mix as well,” DeLauro said Thursday.

At the state level, Connecticut Republicans have been the ones pressing for more LIHEAP funding, calling for a special session to pass legislation that will boost the program through unused money allocated through the American Rescue Plan.

Gov. Ned Lamont and Democrats argued that Republicans are playing politics on the issue and said the calls were “premature” since there is still time left for the federal government to replenish those funds.

Boosting LIHEAP funding hasn’t been the only approach by New England lawmakers to proactively head off high heating costs this winter.

Senators in New England’s delegation, which is made up of all Democrats save one Republican, requested that the White House release stockpiles from the Northeast Home Heating Oil Reserve. They say the move would be similar to when Biden directed the release of millions of barrels from the Strategic Petroleum Reserve to try and lower gas prices.

“Doing so can help address constrained regional energy supplies and recent residential energy price increases,” the letter reads, which was signed by both Connecticut senators, Richard Blumenthal and Chris Murphy. “As New Englanders purchase heating oil and propane for the winter season, it is vital that the administration use all tools available to bring down fuel prices and ensure that there is adequate supply to meet demand.”

The White House did not respond to a request for comment on relying on the home oil reserves.

But some in Connecticut’s delegation are more skeptical of tapping into that stockpile.

The reserve, which holds about a two day supply for the area, has only been used once — in the aftermath of Hurricane Sandy in 2012, which caused major destruction along the coastline of the Northeast. A May report from the U.S. Government Accountability Office found the supplies “are not well suited to address the risks of supply disruptions in the region.”

“I’m not sure whether they feel they can just run that reserve down to zero and how far that goes in terms of really having an impact,” Courtney said. “I’m an all-of-the-above person, but in terms of the program that helps the people who need it the most, LIHEAP is still the real safety net for people who are really going to be in trouble if the prices stay where they are.”